Where I’m from, I didn’t see a lot of people with locs growing up. Nowdays, it wouldn’t be hard to find a dreadhead in even the most non-urban communities. Dreadlocks are everywhere: freeform, manicured (twisted) and everything in between. Is growing locs in America a trend? Or is there something deeper going on here? Well here’s my humble opinion on the situation…

In many cultures, and in this society we live in, how someone wears their hair has a significant value. Although I have traveled a bit, I was born and raised in America. So for better or for worse my perspective is based on my experiences here, from what I’ve seen or heard for myself. What I mean is, say someone from a place outside of America (or within specific communities in America) where a large percentage of people from a particular community have dreadlocks might not see the point of this article. They’ve been accustomed to seeing locs their entire lives.

Realizing this gap in perspectives made me realize the significance of writing this article. This particular article is focusing on black people with natural black hair in America and why as a unit it seems we are all migrating towards natural hairstyles. Specifically, dreadlocks. This is much different then the afro phase of black culture which had its peak around the 70’s, although I believe the influence behind the movements are similar. 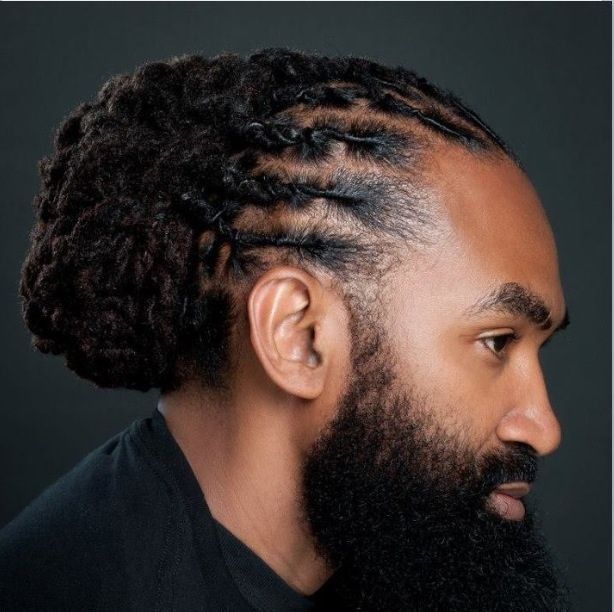 In a attempt to simplify this scenario, I would like to focus on one main reason why I think black people in America by the masses are choosing to start growing dreadlocks.

When America Was Great…

Everyday somebody, somewhere has made a decision to grow their hair out. Why is this phenomena so much different with black people in America?

The answer can be found, as Donald Trump would say, “when America was great…”.

Growing out locs is an extremely empowering experience. This is counter-productive to the efforts of the slave traders during the age of the founding fathers.

I would imagine that a majority of black people who had longer hair during the pinnacle of the slave trade era did not do so by choice, unless it was someone who worked in the slave master’s house and was granted unique privileges that included hair care & maintenance. If you had an afro it would more then likely have been because you haven’t had the opportunity to get a hair cut yet.

Also the afro would have been closer to a dreadfro, meaning since many might not have access to combs or time pick it out the hair would’ve probably looked more like the beginning stages of dreadlocks. The mass majority of slaves did not have access to basic black hair care necessities so maintaining a particular hairstyle could prove to be extremely difficult if not impossible.

What about freeform locs? Im sure there were plenty of black people with what we currently define as freeform locs. However, I can’t imagine that many if any slaves were allowed to let their locs reach Bob Marley status.

Do you really think Massa Such-n-such wanted to see a bunch of masculine, physically dominant, spiritual resilient, men with natty dreads walking the plantation like a mighty Lion of Judah? I think not.

ANYTHING that brought black people any level of empowerment, self respect, and pride was immediately exterminated.

Straight Out Of Slavery 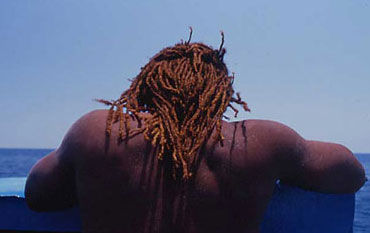 Let’s fast forward to when all the black men went looking for jobs after slavery was so-called abolished.

A man’s primary job is to take care of his family: Food, Shelter, Security. Well these black men had that same focus in mind while competing for these new jobs.

Being the guy that got the job and kept the job became the ultimate goal for men looking for a means to provide income for their families at that particular time.

Here’s where I’m going with this: if black men wanted to get the job, he increased his chances exponentially by looking as visually appeasing and harmless to the potential employer.

Locs were not either of those things to white people in those days. Hence why europeans coined the  term dreadlocks to define long natural black hair, as something terrifying or dreadful.

Once again, for one reason or another black people in America were not growing their hair out into locs, at least not on purpose. If you wanted to get a good job or solid income opportunity, you better appeal to the insecurities of white supremacy and look like a good ole boy and not like a troublemaker. 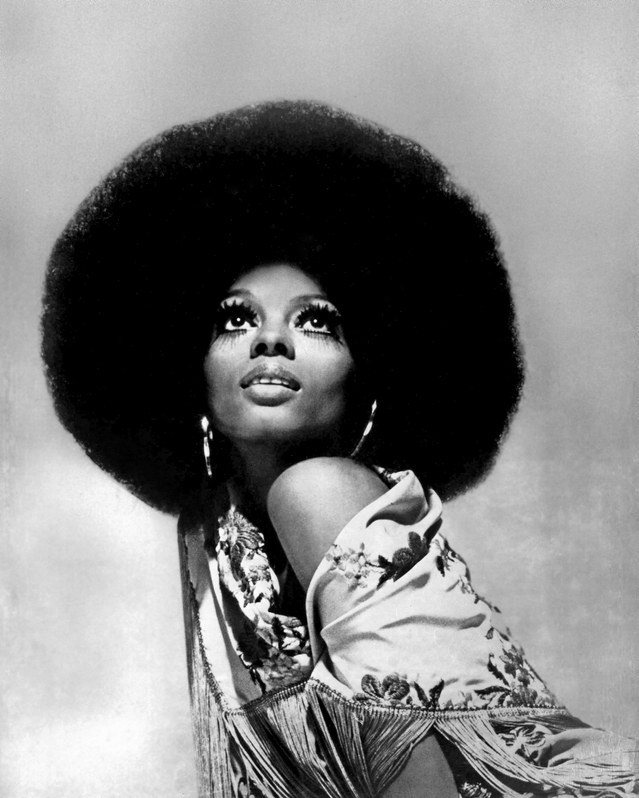 Let’s fast forward some more to the 60’s & 70’s, when rockin’ afros was the highlight of black expression.  Although I was not quite born yet, I’m confident at this time there weren’t to many people of social influence with locs in America. The Reggae Star and Freeform Loc Legend Bob Marley was one of the first people to influence a major dreadlock wave in America. He wasn’t even from America.

However his music and presence reached across the globe, America was no exception. For many black people in America I believe Bob Marley was one of the first person we’ve seen with a full set of natural locs that was embraced nationwide.

Obviously there were other people in America with freeform locs, somewhere. I’m saying that freeform locs were still a long way from mainstream American culture.

Still, I have to insist that black people from other countries brought back dreadlock culture to America. 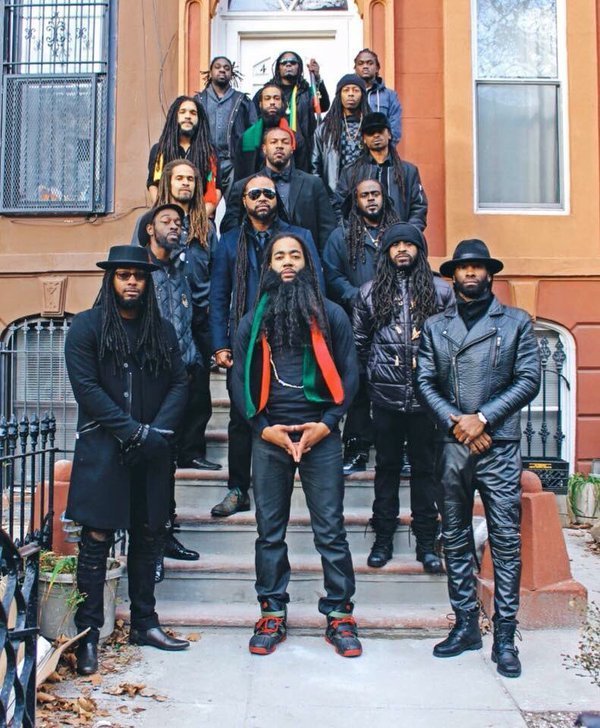 Finally let’s fast forward for the last time to the present day. It seem dreadlocks are everywhere.

I’m sure some people are following the trend, but I don’t think everyone is. I think black people see other black people with natural locs and get inspired to themselves in their natural state.

There are other groups as well where the topic of discussion is ALWAYS locs. People share photos of their locs, celebrate loc anniversaries, ask questions about locs or black hair care, talk about topics related to locs and more.

It is actually a beautiful thing, to see so many black people who are virtually strangers interact in such an honest and positive way, even if it is talking about dreadlocks.

Look at it like this, dreadlock journey’s are encouraging black unity.

It is part of the evolution of black culture in America. It is a response or even rebellion from Eurocentric perspectives of beauty. It hasn’t been until recently, 50 years or so, that black people have been able to present themselves to America with absolute cultural integrity without the threat of death or punishment. In other words, black people couldn’t be black and proud just anywhere. Wearing locs or afros are symbols of black life, black strength, black love and black beauty. This is more accepted in current times then it was in the past.

So now is the time where black people are experimenting and enjoying the relatively new freedom of black expression. I believe this transition has been expedited by black people from other countries coming to America, and whether indirectly or directly, reminding us American black folks who we are and where we come from.

For the most part, you could be black and proud most places in America.

For the most part, you could get a job with dreadlocks.

For the most part, you can have locs and live a normal black life in America.

I believe this is the beginning. More and more black people will continue to grow curious   about the potential of their own natural hair. You can call it a trend, or a movement. Either way dreadlock journeys are directly or indirectly encouraging black unity, confidence, and deep sense of self love and acceptance in the black community. 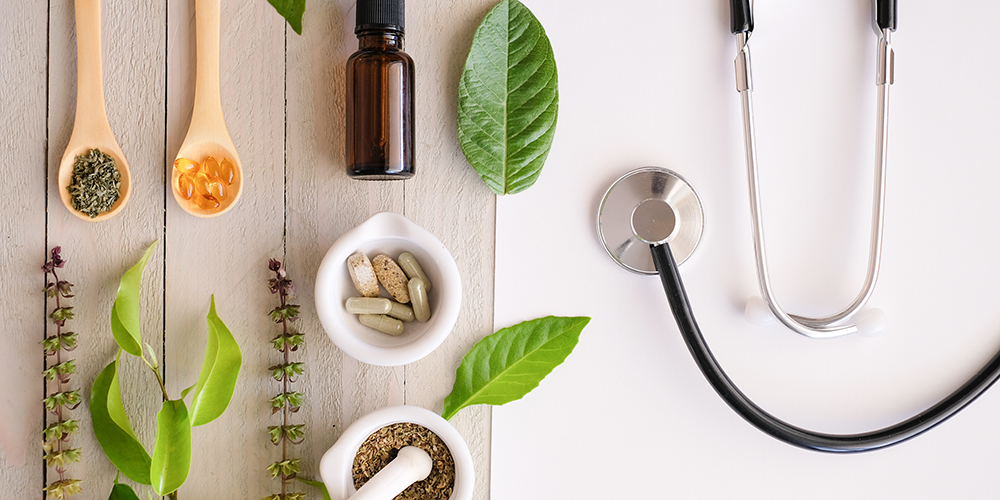 As Drugs Fail, Natural Solutions to COVID-19 Ignored by Government 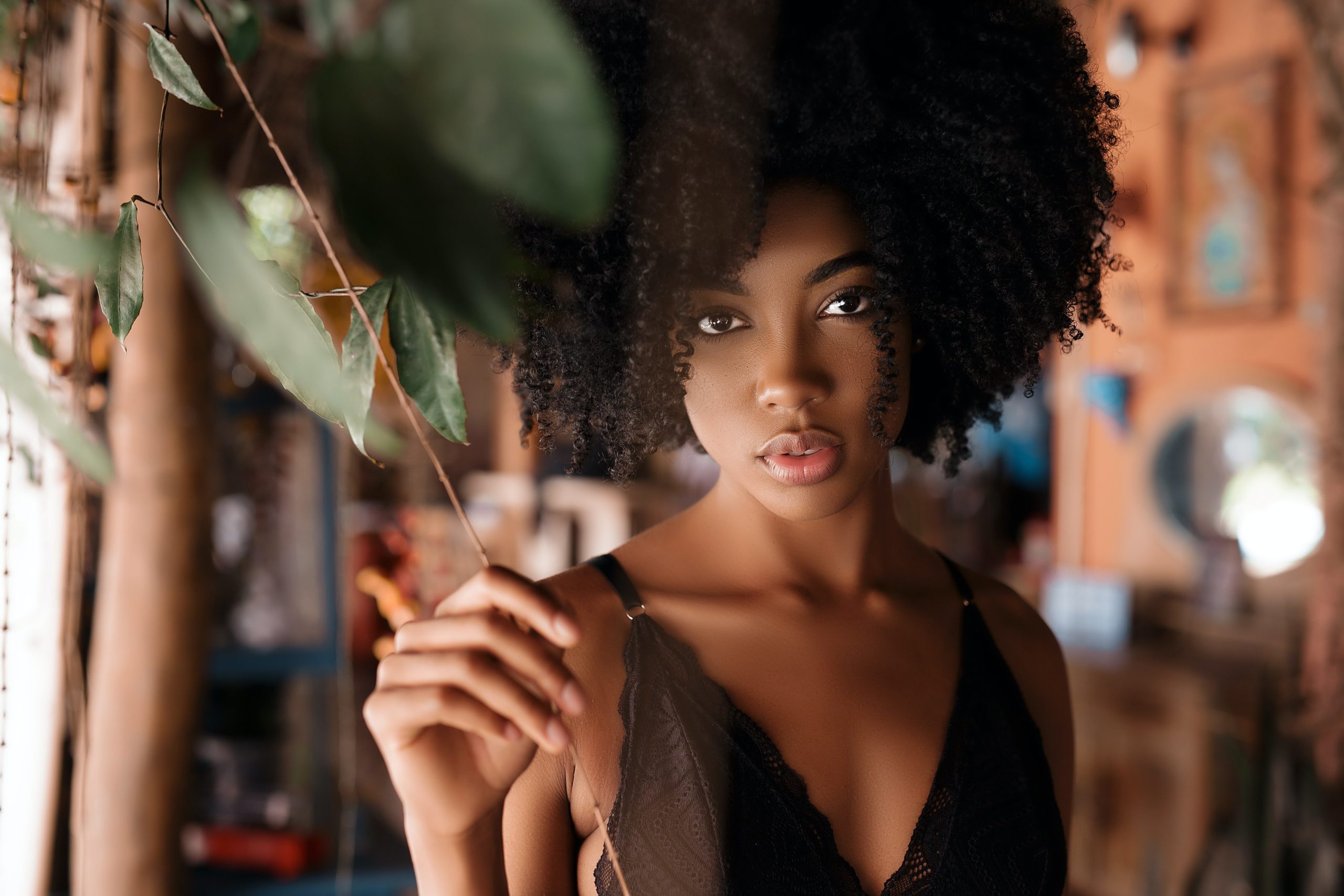 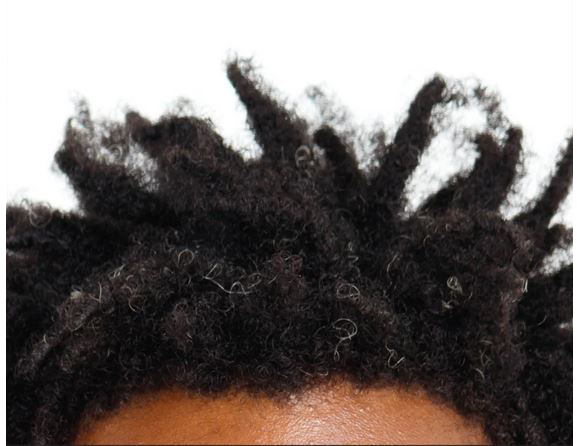 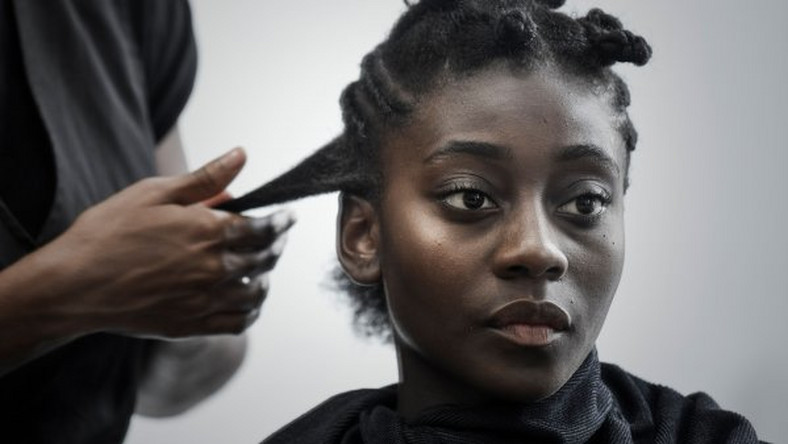 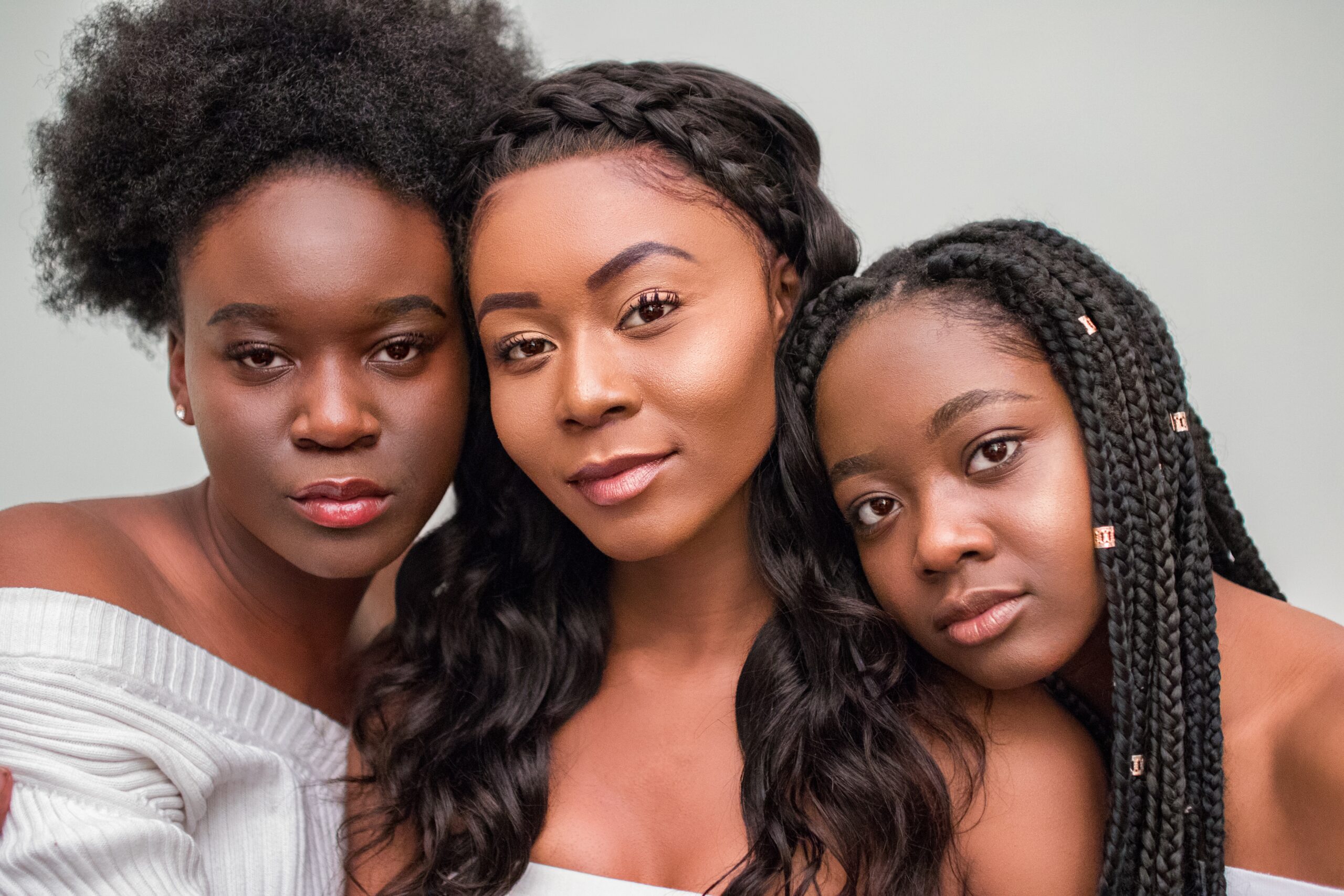 Growing Long, Healthy Natural Hair – What You Need to Know 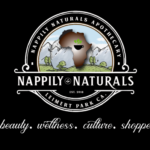